The largest financial institutions from around the world are interested in cryptocurrencies like Bitcoin but the largest bank in the Philippines, UnionBank, recently showed that it is ready to take the next step by showcasing the cryptocurrency miners it already has. In the country, Bitcoin is legal tender so if a bank starts mining it, this is big news for the worldwide crypto community.

Ever since Bitcoin appeared the Philippines was an important region. There are numerous services there that solely rely on the use of cryptocurrency. The government also officially stated that Bitcoin is usable for remittance. The fact that Bitcoin is validated in the country shows that the officials think the cryptocurrency can be used in the real world.

UnionBank took things even further by showcasing its cryptocurrency miners while a business conference was taking place. For many, this was not important. However, this is a clear approval nod towards cryptocurrency. The unit showed is not one specifically built to mine Bitcoin, but it highlights the clear interest the financial institution has in cryptocurrencies.

There is no official confirmation that UnionBank is involved in cryptocurrency mining. Even if this is the case, the bank is clearly confident that crypto will remain reality. This is just the first bank that publicly states it, with many others being reported to invest in blockchain technology and actively building infrastructure that could support Bitcoin and alt coins is future transactions.

Bitcoin In The Philippines

Earlier this year, UnionBank announced the creation of its proprietary blockchain payment system, a venture that was actually launched with Visa. Cryptocurrency was not involved but it uses technology that would be capable of transforming the country’s business models.

The government also introduced a special “economic zone” in regards to cryptocurrencies. Basically, companies are allowed to work in an environment that is fully licensed. International firms were instantly interested in the venture between Visa and UnionBank. Numerous companies from Hong Kong, Malaysia and Japan are now interested in using it. All business models are accommodated in the new economic zone. This does include ICOs, mining and cryptocurrency exchanges.

While cryptocurrencies are accepted, with Bitcoin being preferred, this is only the case with legitimate operations, as it should be. The National Police did arrest numerous Bitcoiners till now. In most cases the allegations were that they were running Ponzi schemes. Cloud mining is also something that is not actually accepted in the country.

No matter how we look at things, the fact that a country is openly accepting Bitcoin and allowing businesses around it is a great sign for the future. What UnionBank did right now is a clear endorsement, a highly surprising development that could actually lead to a national bank mining cryptocurrencies. There is surely some legal debate there but if it happens, it does change the entire nature of things in the crytpocurrency scene. Such endorsement can only lead to new companies being interested since now there is the official support of a bank, all while most other banks condemn cryptocurrency use. 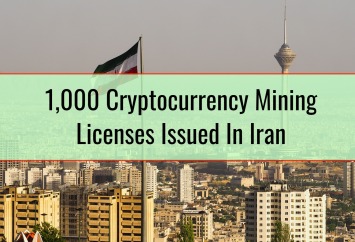 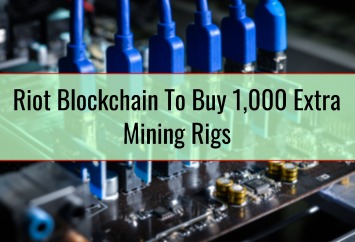