Following ICO token sale bans in South Korean and China, Singapore and Hong Kong quickly emerged as wonderful destinations for anyone interested in such operations. The ICO numbers present in the countries skyrocketed because companies look for highly favorable environments where they can raise funds.

Many countries are now heavily influencing token sales by banning them or through regulations but Singapore and Hong Kong do not. This made many companies launching their initial coin offerings there.

Various sources in the crypto industry, company groups, lawyers and businesses were identified as launching ICOs in Hong Kong and Singapore during the last few months. The Association of Cryptocurrency Enterprises and Startups Singapore, Anson Zeall, was quoted as saying:

“We cannot say Singapore has become an ICO hub yet, as more work needs to be done, but yes, there has been a lot of activity since September last year.”

Industry analysts think that this happened because of the fact that China attacked ICOs. During September we saw Beijing labeling the ICO as being a fundraising tool that was illegal. The decision was made in fear of money laundering and financial scams. Numerous ICO platforms that were present in China then shut down. Hong Kong on the other hand is still open to ICOs.

There are no specific rules set in Singapore and Hong Kong for ICOs. Everything is basically loosely regulated and highly profitable for companies with token sale aspirations.

Moving Out Of China

China simply mandated the ICO issuers to refund all investors and then stop fundraising activities. Because of this, most ICO issuers moved out of the country. One of the people whose companies made the shift was Daisy Wu. She declared she wanted to avoid the legal risks and so, her company, Xender, moved to Singapore in an attempt to raise $10 million for the development of a new file sharing service.

South Korea’s Influence On the Move

During September 2017 South Korea banned ICOs and forced the local issuers to change their base of operations. Many of these were reported to have moved to Singapore and Hong Kong. Although in Korea there is no real legal basis to ban the ICOs, authorities declared that laws are not sufficient at the moment.

Numerous South Korea corporations actively try to bypass the regulations. This is done through subsidiaries that are launching the ICOs overseas. Bithumb is the best example of that. This is the largest of South Korea’s crypto exchanges. The future will see a launch of the Bithumb Coin ICO, which will be done through Singaporean corporations. Zikto, another startup in South Korea, will do the same.

While China and South Korea are hitting ICOs hard and basically ban them, Singapore and Hong Kong will profit from the decision. It is still not known though if the authorities will do the same as in the countries that enforced strict regulations. 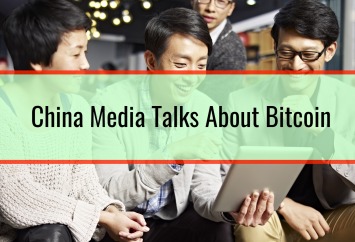