We’ve been seeing something very interesting since the beginning of this year. It seems that investments are diverting heavily from gold and into bitcoin. JPMorgan just recently released a statement confirming that fact, and they’re also reporting that we can expect this trend to continue.

Many are claiming that it’s because bitcoin is supplanting gold as a store of value, but is that really what’s happening? Let’s take a look at some of the reasons behind this shift and if bitcoin should be considered a store of value now and in the future.

One major factor here that many seem to downplay is the importance of the current demographic shift that we’re seeing not only in crypto but across all markets. A group of millennials investors advised by deVere were asked about their opinion of bitcoin vs gold. Over 60% of them stated that they preferred bitcoin.

This means that we can expect to see more funds flow from the gold market to the bitcoin market over the years. However, this will come from one particular group of investors, not the market as a whole.

Another factor that makes bitcoin such a winner with younger investors is that they seem to show more distrust towards institutions than their predecessors. A Pew Report confirmed that fact and recent events will probably increase that sentiment. And since bitcoin is the anti-establishment financial instrument of choice, we can expect it to bounce as a result.

Bitcoin vs Gold as Stores of Value

To qualify as a store of value, an asset needs to be easily exchangeable, storable, and retrievable. Bitcoin first meets all these criteria. People can buy and sell bitcoins on exchanges like CoinSpot in minutes. And everything is done over the blockchain, which solves the storage and retrieval issue.

Also, a store of value needs to be predictably usable at a later date as a medium of exchange and retain its value over time. This is where bitcoin still has competition.

Some might argue that the price of gold is unpredictable, and it has seen some wild swings over the years, but nothing like bitcoin. However, the trend we’re seeing in bitcoin, which is going in a straight upward direction, means nothing is pointing to the idea that it will have the same up and down movement gold has had. It’s very well possible that we haven’t seen its ceiling yet.

This means that bitcoin could be a superior store of value over the short term. But if we’re talking about stability and nothing else, gold still has bitcoin beat.

Mark Cuban’s Opinion on Bitcoin as a Store of Value

One famous investor who has been very vocal about bitcoin is Mark Cuban. Cuban always said that he was into bitcoin and cryptocurrency in general, but also that it was a minor investment in his portfolio. He has conflicting sentiments about bitcoin as a store of value.

Mark Cuban did say that bitcoin is a store of value much like gold is. However, he also stated that it was a bit more of a religious movement than a solution to a real problem.

And some of us in the community will have to agree with that. Bitcoin is promising but cannot be completely trusted as a store of value. This is why it’s advised that investors do not invest all their eggs into the bitcoin basket. This is also why, despite being a cynic, Cuban still owns a whopping $130,000,000 in bitcoin.

Why Gold and Bitcoin Should be Used Together

Any portfolio should have bitcoin since it’s deflationary nature almost predicts that it will continue to grow in value. Cuban stated that investors should at least consider investing 10% of their portfolio in the cryptocurrency. But we’re still uncertain about how it will be used and perceived in the coming years. It could turn into a true refuge from financial uncertainty or could continue to be used by a small minority group.

Gold, on the other hand, will continue to see demand and is a proven asset. And, unlike what many seem to believe, the value of gold is not purely speculative. Gold is a commodity used in the fabrication of not only jewelry but virtually all electronic devices on this planet. This gives gold a guaranteed baseline demand and more predictability.

What can we take from all of this? That bitcoin is seeing an influx from gold markets, but still hasn’t completely solidified as a store of value. It is, however, a very promising investment, and if everything goes according to plan, could materialize as one later. 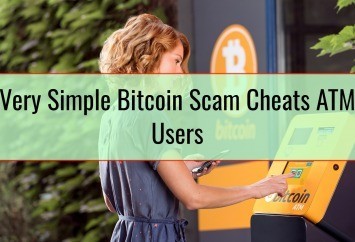