Gate.io researchers confirmed the fact that there was a 51% attack that successfully happened on the ETC (Ethereum Classic) blockchain. An analysis of the research was published by the company.

Research was published on the platform during the attack, saying that it detected 7 rollback transactions. 4 of them were conducted by one attacker. It seems the person responsible managed to transfer 54,200 ETC, which is worth around $270,000.

It was reported that this incident happened over 4 hours on January 7. Transactions were being normally confirmed and then they were invalidated after malign network rollback. The ETC addresses used were highlighted and Gate.io mentioned:

Gate.io’s censor successfully blocked the attacker’s transactions at the beginning and submitted them to a manual exam. Unfortunately, during the 51% attack, all the transactions looked valid and confirmed well on the blockchain. The examiner passed the transactions. It caused about 40k ETC loss due to this attack.

The official position of Gate.io is that user losses are going to be compensated. It was mentioned that Gate.io is going to take the loss for the users. The cryptocurrency exchange advises all other trading platforms to block the transactions that are stemming from the addresses that were identified. Also, it was added that ETC confirmation number was raised to 500 while launching a mechanism that was more robust for 51% detection.

It needs to be added that Slow Mists, a Chinese blockchain security company, also published a report that confirmed the 51% attack. This report included the exact same rollback transactions that were reported by Gate.io.

Various crypto exchanges like bitFlyer, Coincheck and Coinbase temporarily suspended deposits and withdrawals of ETC. These exchanges did reportedly move together in order to respond to an unusual hashpower activity.

The ETC development team responded initially by saying that the reported 51% attack did not actually happen. It was stated that no double spends were detected. It was also mentioned that the hashrate control was simply “selfish mining”. This was officially attributed to testing the brand new 1,400/Mh ethash machines from Linzhi.

Those in the crypto market know that the 51% attack practically means a person can reverse transactions with the purpose of allowing double spending. Fiat currency is pocketed as money is gained and no cryptocurrency is actually transferred.

In theory, the risk of a majority attack always exists, but the practical side of controlling a large part of the hashrate of a blockchain is incredibly expensive. Bitcoin was never compromised but other networks were. 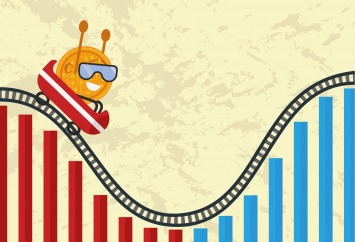