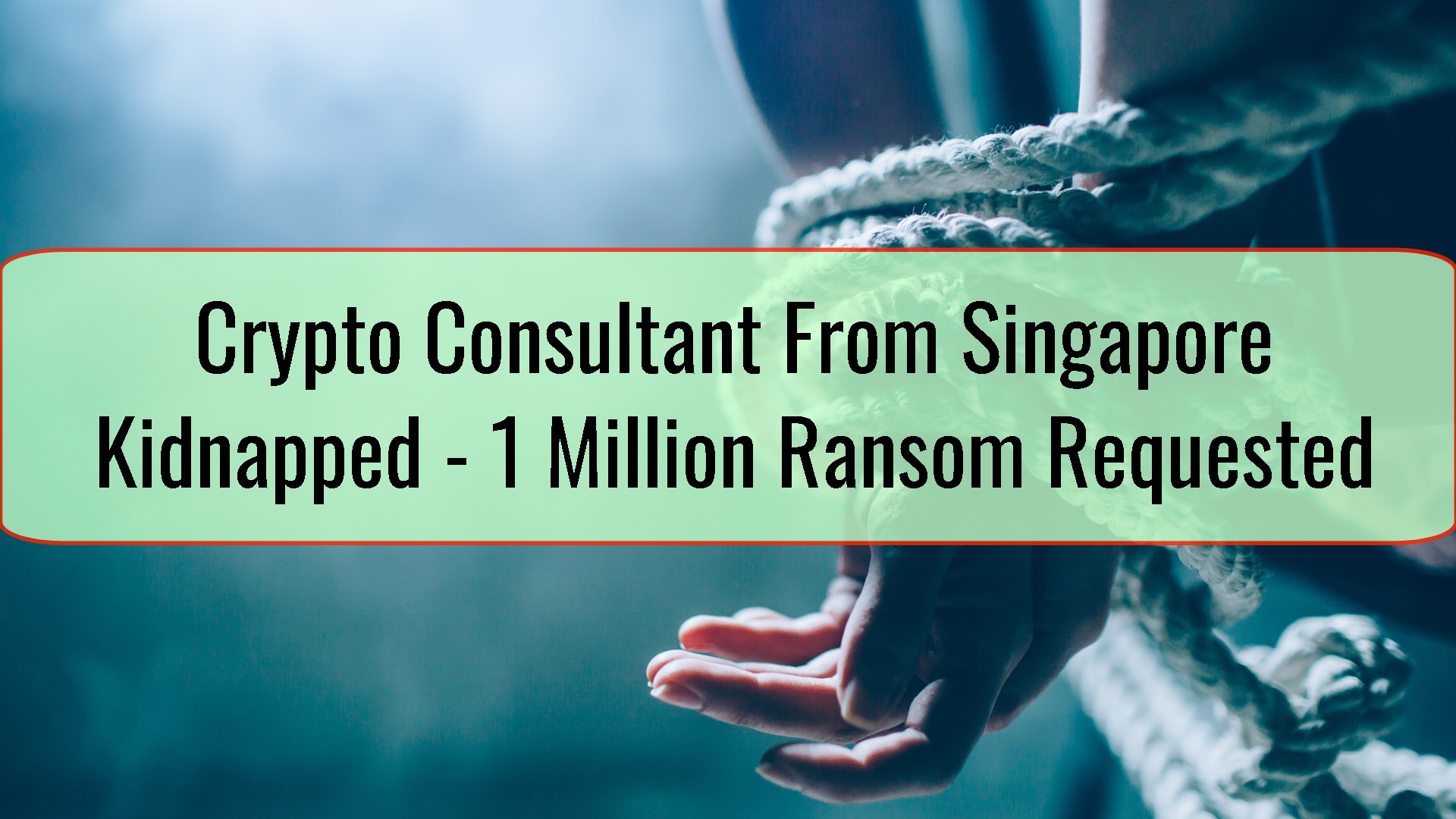 Mark Cheng, Singaporean, was kidnapped in Thailand. He was then tortured in order to get a ransom to be paid in BTC. Kidnappers requested $740,000, according to South China Morning Post.

Cheng reportedly transferred the funds he had access to, a total of $46,000. Then, he tried to escape and the kidnappers got ready to kill him.

Reports say that Mark Cheng was in Thailand because of a business trip, together with Kim Lee Yao Wei, his associate. Masked men grabbed them and forced them into a truck. Chano Pemberger, Thai actor, was implicated in the kidnapping by Cheng as he said the actor owned the pickup truck that kidnappers used. Until now, the Thai police did identify Chano Pemberger as being a person of interest in the attack.

“One of them held the gun against the back of my head while the others stepped away. Fortunately, I know martial arts. I reached behind my head and grabbed the pistol, and then I fled.”

This misfortune continued as Thai police did say that Cheng’s associate, Kim, was the mastermind of this attacked. He did end up confessing, with money being returned.

After the award, Cheng started being interested in cryptocurrencies. He initially surfaced in the year 2018 as he was an advisor for Singaporean ICO X Infinity, a project that did seem to have failed, with no activity noticed after April 2019. Cheng is also a partner with Gladiolus Capital and Brunei advisor.

There are reports that state Cheng was under the process of being prosecuted as he was charged with misappropriating funds from a 2014 investment group deal. He was then out on bail, right before reaching Thailand for the trip where he was kidnapped.

Unfortunately, businessmen working with cryptocurrencies were targeted by kidnappers in the past. A trader was kidnapped in India in 2017 by a BTC investor. That same year, in Ukraine, crypto exchange EXMO director was kidnapped.