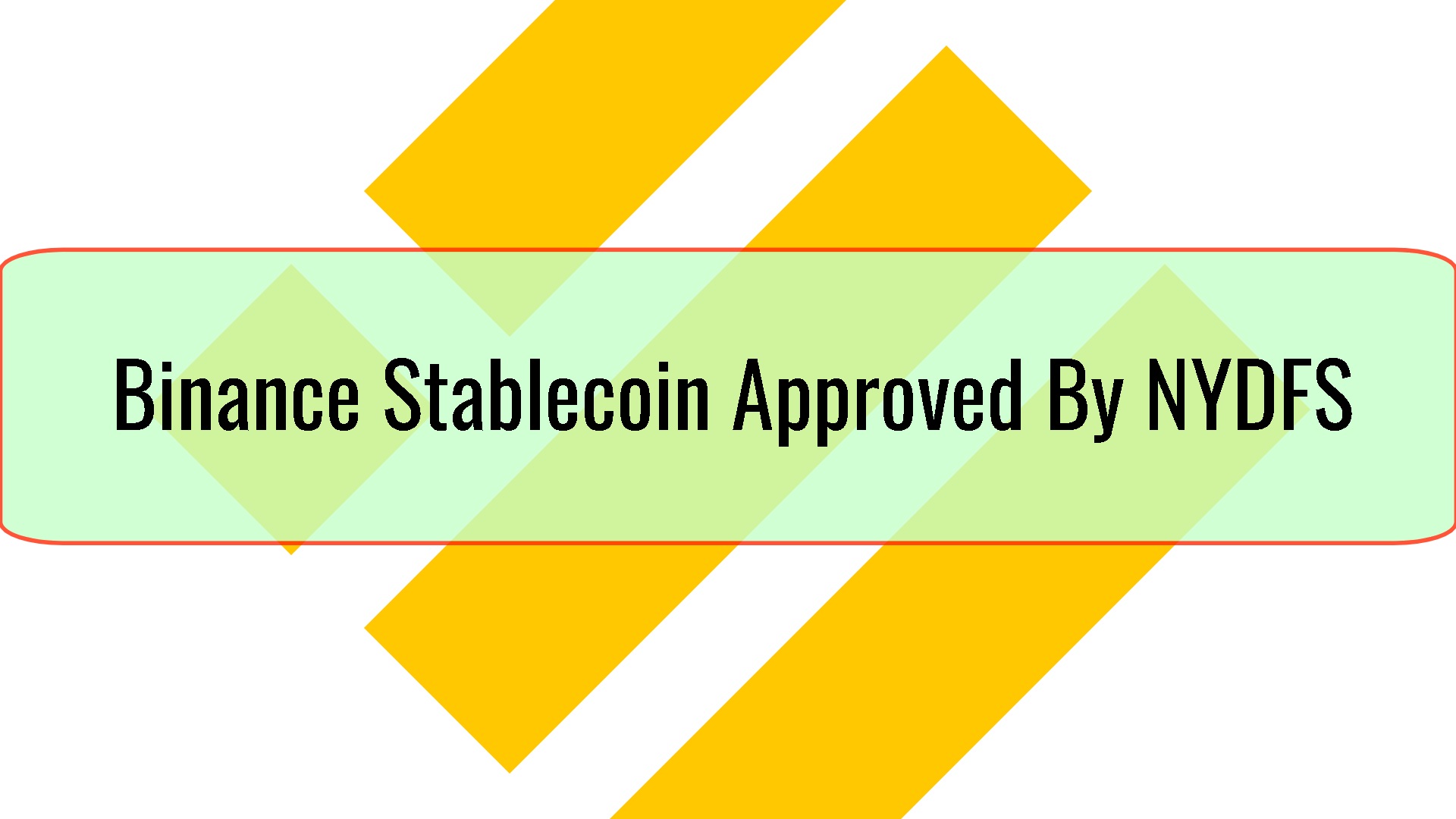 Binance made the news again but this time because of its stablecoin since it was recently approved by the NYDFS (New York State Department of Financial Services). This is not small news since Binance is currently one of the largest cryptocurrency exchanges in the world when looking at trading volume.

On January sixth, the cryptocurrency exchanged announced that the stablecoin was approved by the NYDFS through a tweet:

Binance USD (BUSD) is backed by USD. It was created through a partnership between Binance and Paxos, which is a financial institution building infrastructure that is regulated and enables movements between digital and physical assets.

Due to NYDFS approval, the stablecoin can easily be purchased with the use of fiat currencies. Alternatively, you can also buy it through exchanges on the Binance platform through cryptocurrency payments.

Binance now allow users to change BUSD into 4 stablecoins. This includes PAX, TUSD, USDC and USDT. It can also be traded against various cryptocurrencies. In addition, you can buy the coin or redeem it with zero fees, even if bank charges or wire fees can be applied to each transaction.

After the approval news was made, BUSD became available at a global level, making it easy to transfer the stablecoin really fast at low costs.

Binance actually pitched the stablecoin as being a Libra alternative that is government-friendly. The move actually made BUSD a huge competitor of Libra even before its launch, which is still to be decided.

The crypto community on Binance is now excited by this news. Numerous users are requesting extra trading pairs against the stablecoin, whenever it is possible. There are also some that expect new exchange clients. This automatically means increased profits and growth.

While the NYDFS hit, Binance did also announce that it is going to remove trading pairs against the USDC, mainly due to really low trading volumes. Some of the coins that are affected are USDS, XLM, ONT, FTM and ALGO.

The NYDFS approval can lead to increased BUSD usage. However, this only happens in the event that BUSD is paired with altcoins. At the moment, you can only pair BUSD with 15 cryptocurrencies, like BTC, ETH, BNB and TRX.

BUSD is a classic stablecoin that is pegged to the US Dollar. This means that its price needs to remain at $1. Even so, market cap is low at the moment, just around $17 million. We might see some changes in the future.